Live “Up The Close”: Elvis Tribute 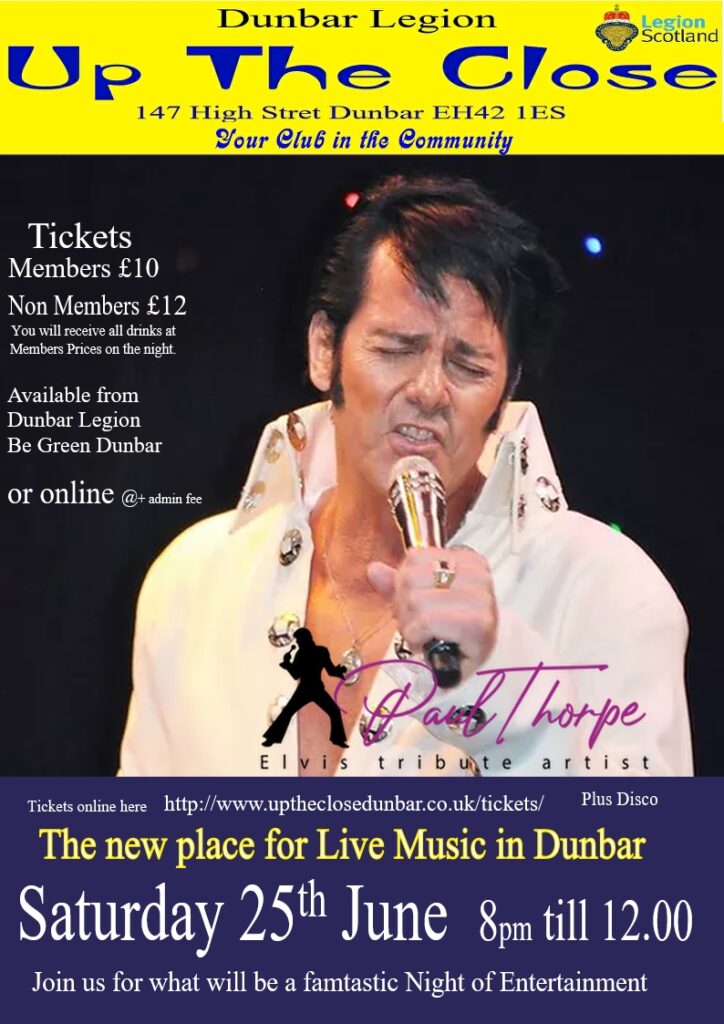 (This guy is Elvis in sound and looks)!

Paul has enjoyed over 30 years of entertaining audiences and performed the original Elvis tribute artist world tour with the TCB band in the USA, and now with his own 9 piece band, he successfully tours the UK, Norway, India, France, Germany, Austria, Holland, Spain, China, and Malaysia.

Larry Geller (Elvis's hairstylist and confident)"What I like about you is that you give the audience just enough, just like Elvis did"

​His big break came in 1993 when he appeared on ITV's 'STARS IN THEIR EYES' when he went on to appear in the ULTIMATE live Elvis show, after beating over 10,000 other contenders to win his place in this prestigious television show.

Paul has also made appearances on GMTV 'A search for Elvis, STV 'The Hour', ITV 'The Time and Place', Granada TV 'Taxi Nights' (filmed on location in Manchester's most popular venues.)